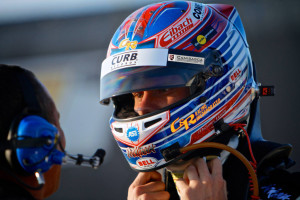 Laguna Beach, California — Michael Lewis will attempt to lasso the points lead in the IMSA Porsche GT3 Cup Challenge USA by Yokohama during the series’ upcoming visit to Circuit of The Americas (COTA), in Austin, Texas, on September 18 and 19. Only five points out of first place, Michael seeks to keep the No. 98 Competition Motorsports/Curb-Agajanian Porsche 911 up front at the penultimate round of the 2014 series championship.

Although Michael has never competed on the 3.4-mile circuit before, he is not deterred by what he and the Competition Motorsports team need to accomplish this week to achieve success. 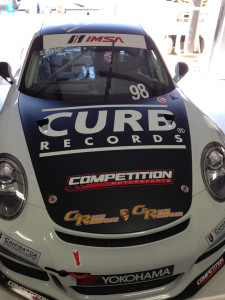 With only two race weekends left in the 2014 championship chase, Michael’s approach for Friday’s two races will remain the same as the rest of the season. “Each race weekend we try to win the race and that will always be the same,” explained Michael Lewis. “Depending on your situation during a race, where you are running and where you are in the championship points, you may make some moves to pass or push accordingly. It usually seems that the best way to score points is to work within yourself, stick to the plan, and do everything we can that’s under our control. The rest will fall into play.”

Michael added, “Our team is strong, but so too are my competitors. I’m looking forward to having some good battles on the race track!” 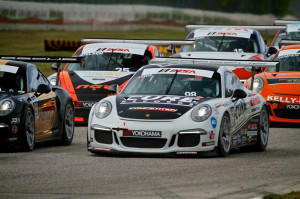 For those who are unable to view the races on television, each telecast will be available for streaming via www.imsa.com within 24 to 48 hours following the initial Sinclair/ASN telecast.