Laguna Beach, California — Michael Lewis prepares to kick off the 2015 Pirelli World Challenge season this week in the No. 41 EFFORT Racing/Curb-Agajanian Porsche 911 GT3 R at Circuit of The Americas. He will return to the Austin, Texas, circuit with EFFORT Racing, where last September he earned one win and a runner-up finish as part of the IMSA Porsche GT3 Cup Challenge USA by Yokohama.

“Returning to Circuit of The Americas for the first race of this season is definitely positive as it is a familiar race track,” explained Michael Lewis. “There will be intense competition from the many other drivers and manufacturers involved in the series. I hope to bring some good results to the team in our No. 41 EFFORT Racing/Curb-Agajanian Porsche 911 GT3 R. There will be new aspects of this championship that I must learn, and I will listen to my team and lean on their experience to work through those aspects. I look forward to a fun weekend of racing!” 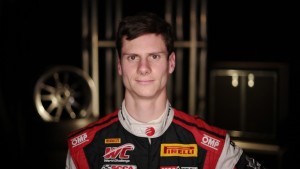 Michael Lewis begins his 2015 race season this week at Circuit of The Americas in Austin, Texas.

Live streaming of The Pirelli World Challenge at Circuit of The Americas will be available at www.world-challengetv.com, which includes live coverage of the series’ Race 1 on Saturday, March 7, beginning at 2:45 p.m. CT, and Race 2 will take place on Sunday, March 8, beginning at 1:25 p.m. CT. 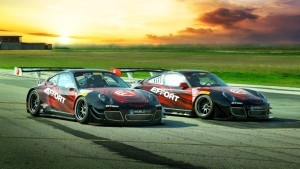 Michael Lewis will compete in the No. 41 EFFORT Racing/Curb-Agajanian Porsche 911 GT3 R this season in the Pirelli World Challenge GTA class.