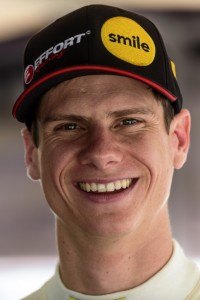 Michael Lewis prepares for his second season in the Pirelli World Challenge, beginning at Circuit of The Americas in Austin, Texas, this weekend. Photo: Porsche Motorsport North America.

Laguna Beach, California — Michael Lewis is in pursuit of another strong performance at Circuit of The Americas (COTA) to kick off his 2016 race season campaign in the Pirelli World Challenge (PWC). During his inaugural visit last year at COTA, as well as his first race ever in PWC, he made an impressive debut as he finished P6 and P9 overall, and won both races in the GTA division. Only days away from taking the green flag to start the 2016 season, Michael will compete in the premier GT division of PWC. Last year, Michael began his campaign in the GTA division as Porsche Motorsport North America’s Young Driver with EFFORT Racing, and quickly excelled to be promoted up to the GT division at only the fourth round of the season.

Michael will begin this year’s PWC season driving the brand-new 2016 Porsche 911 GT3 R for EFFORT Racing. Michael will compete in the team’s No. 41 EFFORT Racing/Curb-Agajanian entry as he and his Porsche Factory Driver teammate Patrick Long will race against dozens of GT drivers on the COTA grid at the first event, March 4–6. Race 1 is scheduled to take place Saturday, with Race 2 set for Sunday. Built in 2012, the 3.47-mile, 20-turn permanent Texas road course has quickly become a favorite track of drivers among a variety of racing classes, including Formula 1. 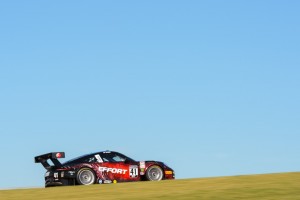 Live timing and scoring will be available at worldchallenge.growsites.net. Both Races 1 and 2 will be broadcast live at www.world-challengetv.com, and later telecast on CBS Sports Network. Dates and times will be announced soon. 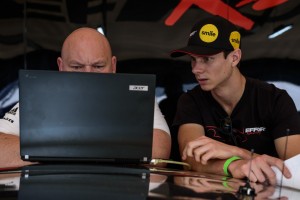 Michael recently contributed a column to National Speed Sport News, which can be read at http://www.nationalspeedsportnews.com/opinion/columns/lewis-up-to-the-world-challenge/ 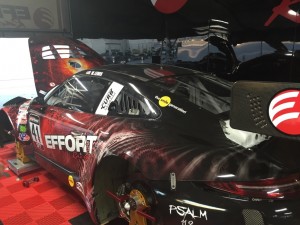 Two practice sessions are scheduled for Friday, March 4, at COTA, followed by Race 1 on Saturday, and Race 2 on Sunday. Photo: MJLRacing 2016.