Laguna Beach, California — Fresh off competing in front of his hometown crowd in Southern California, Michael Lewis and the EFFORT Racing team had little down time as they travel to Birmingham, Alabama, this weekend for Rounds 6 and 7 of the Pirelli World Challenge (PWC). 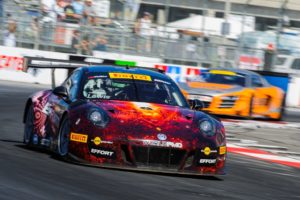 Michael Lewis and the No. 41 EFFORT Racing / Curb-Agajanian Porsche 911 GT3 R head South to Barber Motorsports Park in Birmingham, Alabama, this weekend for Rounds 6 and 7 of the Pirelli World Challenge.

After his 6th-place finish in the Toyota Grand Prix of Long Beach, Michael quickly headed to Alabama for Thursday’s test session. He will drive the No. 41 EFFORT Racing / Curb-Agajanian Porsche 911 GT3 R in Friday’s two practice sessions, with qualifying and the weekend’s first race on Saturday, concluding with the second race on Sunday.

Michael and the rest of the PWC competitors will be on the same event ticket as the Honda Indy Grand Prix of Alabama at Barber Motorsports Park, which also includes the Verizon IndyCar Series. 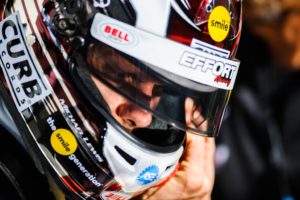 Fresh off a 6th-place finish in front of his hometown crowd in Southern California last weekend, Michael Lewis and the EFFORT Racing Team prepare for another points producing finish this weekend at Barber Motorsports Park.

This is Michael’s second visit to the 15-turn 2.38-mile road course. Last year, he claimed a top-6 finish during the event. 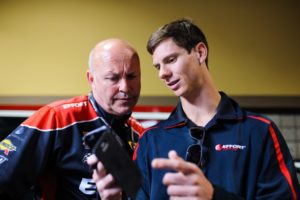 View live timing and scoring at worldchallenge.growsites.net. Both races are scheduled to air live at www.motortrendondemand.com, and then be televised on CBS Sports Network on Sunday, May 1, at 4 p.m. EDT / 1 p.m. PDT.