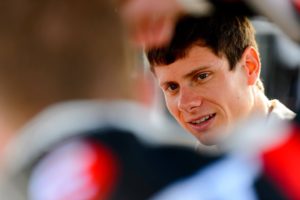 This is Michael Lewis, professional race car driver, writing to you from Southern California where I was born and raised. I’ll just get straight to the point; you’d be surprised about what kind of thoughts go through your head when you find out that the special, tight-knit race team you have been with for the last year-and-a-half decides to withdraw from motorsports. It’s hard for everyone. Porsche, my teammate Patrick Long, the entire crew, our fans, and I are all moving forward. But, I look back on what our team accomplished, especially in the past two years, and I think, “Man, we had something really great going there.” 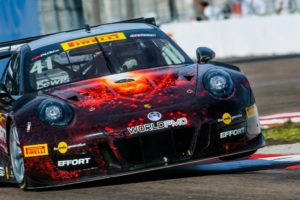 This sort of thing happens to many people who lose jobs, both in and out of motorsports. There aren’t any complaints from my side. Rather, there are only opportunities out there to go and get! So, what does the near future hold? Well, it doesn’t include the next two Pirelli World Challenge races. That’s part of it. I will take some time to plan and refocus my professional racing career with the great people that surround me. Thank you to all who have helped get me to where I am right now—it’s you who deserve the spotlight as well. 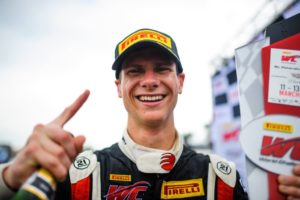 Michael has been granted the status of Porsche Motorsport North America Young Driver.

As my relationship with EFFORT Racing “was” and my relationship with Porsche “is” a very professional situation, that is something to replicate further. It’s about having people hire you for your talents, so that you can earn a living. It’s so great to see manufacturers and teams out there still providing that opportunity to drivers. 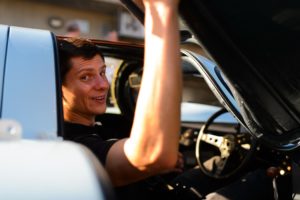 Michael is seen here in the Porsche Motorsport 917 during Rennsport Reunion V. He enjoys representing the Stuttgart brand both on and off the track.

I would like to say “thank you” to The Smile Generation, Curb Records, ASE, Cometic Gasket, and all of my partners for allowing me to be ambassadors for their brands, on top of actually driving a race car really fast. In the meantime, it’s head-down, finish out school at Cal State, Fullerton, go karting as much as possible (it’s all about the new tires!), drive at CXC Simulations, coach incredible clients at the track, keep sharp, and be ready for what is next. Good luck to all of the competitors in the PWC grid this weekend! Thank you for your time. 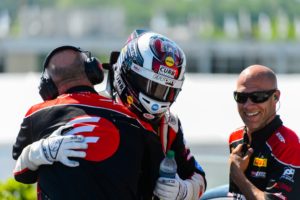 Michael would like to thank his sponsor team as well as his crew for his solid performance this season so far in the Pirelli World Challenge.

By the way, these are my thoughts on the Spring Time. Click here!

And this is what it’s like to be a race car driver for a day. Click here! 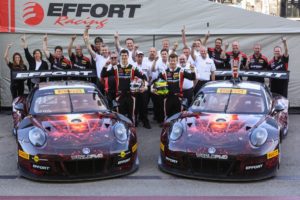 Michael and his teammate Patrick Long earned three victories total for EFFORT Racing in the 2016 Pirelli World Challenge season before the team announced a hiatus for the rest of the race season.