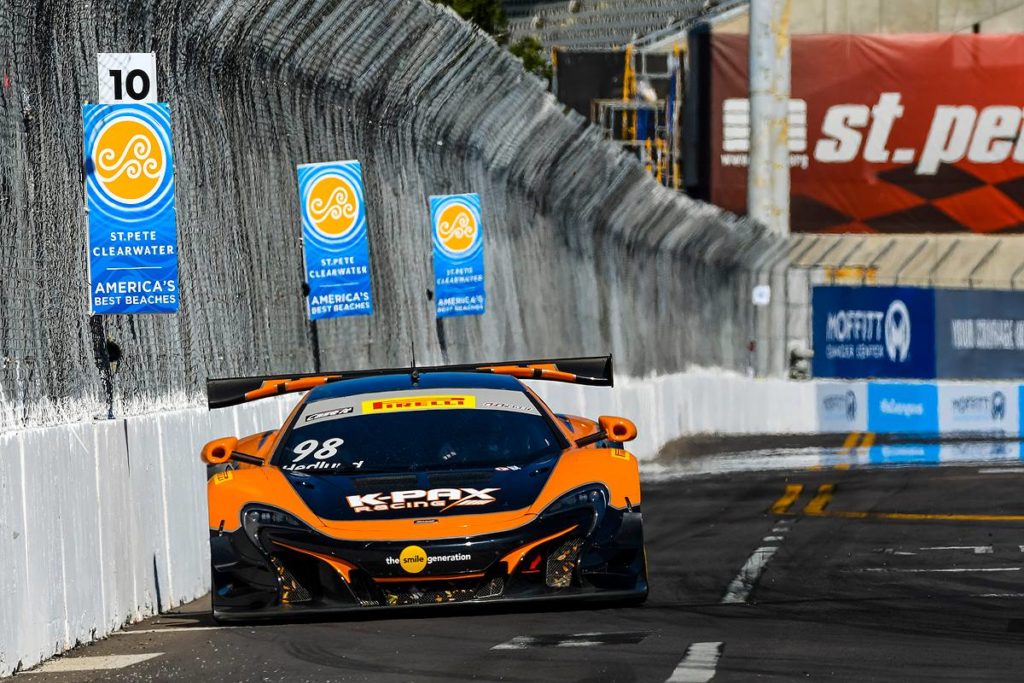 Michael Lewis returns to the Pirelli World Challenge (PWC) Sprint X Challenge. He will compete in the Pro-Am class with Mike Hedlund in the No. 98 McLaren of K-PAX Racing. Photo courtesy of K-PAX Racing.

“We brought a strong lineup to defend our GT championship, now we are prepared to fight for the SprintX Championship as well,” said Program Manager Darren Law. “McLaren GT has provided us excellent support, and it strengthens our efforts to see that support flow into our SprintX program with Ben (Barnicoat) and Jonny (Kane). Michael has proven himself over the years and has always been a class act, and we are also proud to welcome him on board.” 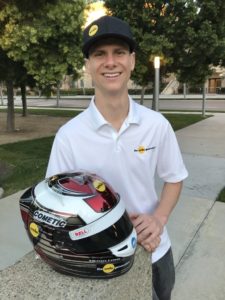 Michael Lewis’ sponsor team this season includes The Smile Generation, ASE, and Cometic Gasket, Inc., which will appear on the No. 98 McLaren 650S GT3. Photo courtesy of MJL Racing.

Last season Michael participated in the inaugural season of the Pirelli World Challenge SprintX Championship. In 2017 he will be a part of an all California lineup with fellow California native Mike Hedlund in the No. 98 McLaren 650S GT3, which features a carbon monocell chassis, and a 600-horsepower, 3.8-liter twin turbo V8 engine. The main sponsors of the No. 98 are K-PAX Racing, The Smile Generation, ASE and Cometic Gasket.

Michael Lewis and Mike Hedlund are entered in the Pro-Am category of SprintX. While the cars are the same as the Pro-Pro lineups, the Pro-Am cars must respect a different set of pit-stop rules, which require the Pro-Am cars to be held on pit lane longer compared to their Pro-Pro counterparts. Regardless of pit time requirement, the duo will still challenge competitors as they seek fast times and finishes at the front of the field.

Michael Lewis, 26, started racing quarter midgets in 2003 before moving to domestic and international kart racing in 2005. After competing many years in formula cars, such as Formula BMW and Formula 3, his participation in sports cars began in 2013, when he was only one of four drivers to be invited to the Porsche Young Driver Academy; a two-day Porsche Motorsport GT3 test at Barber Motorsports Park. He joined the IMSA Porsche GT3 Cup the following season, placing as the top-finishing rookie. Michael then proved to be strong competition in the Pirelli World Challenge GT class in the subsequent years, again placing as the top rookie in 2015. In 2016, he dominated on the Streets of St. Petersburg, winning both pole positions and both races on the downtown street circuit, and he claimed additional pole positions and victories in the inaugural year of SprintX. 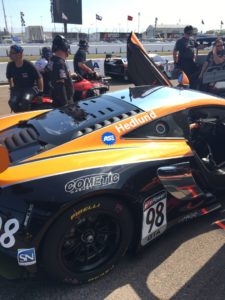 “It is exciting to join K-PAX Racing, as they are a professional and a strong organization,” said Michael Lewis. “Teaming up with Mike Hedlund is an honor, as he has much experience driving GT cars. I look forward to racing alongside Mike, and the other great drivers on this team, in the McLaren 650S. Thank you to everyone who has helped develop my career to this point. I sincerely appreciate all that you have done. I look forward to another fun year of racing in the Pirelli World Challenge with K-PAX Racing!”

A total of 10 race events will see the No. 98 K-PAX Racing, The Smile Generation McLaren race car in action. Mike Hedlund will compete in five “single driver races,” then he will join Michael for the SprintX events. Catch the action all season long to see The Smile Generation, ASE, and Cometic Gasket sponsored No. 98 McLaren 650S GT3 contend for victories in the Pro-Am category.

Following is the 2017 Pirelli World Challenge schedule. Michael Lewis will be on track in the five bolded races listed below. 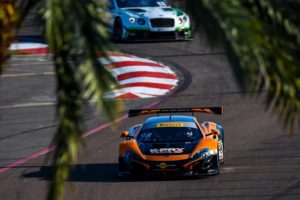 Michael Lewis’ teammate Mike Hedlund will not only compete with Michael in the SprintX championship, but he drove the No. 98 McLaren 650S GT3 at the PWC’s first event of the season last weekend in St. Petersburg, Florida. Photo courtesy of K-PAX Racing.

About McLaren GT
McLaren has been a pioneer and setting benchmarks on the tracks around the world for 50 years, and the latest range of GT racing models based on the road-going McLaren Automotive range is no different.

McLaren GT was established in 2011 to develop, build and support all GT race activities. Based in Woking, Surrey at the former home of McLaren Racing, the company is responsible for the design, development and production of the 650S GT3, 570S GT4, and 650S and 570S Sprint models.