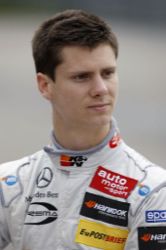 Spielberg, Austria (June 1, 2012) — After a very successful weekend of racing two weeks ago at Brands Hatch in England where American Michael Lewis amassed two podiums and a 4th-place finish, he arrived in Austria for this weekend’s Formula 3 Euro Series Rounds 7–9, and the 4th round of the 2012 FIA European F3 Championship at the 4.326-km Red Bull Ring located in the quiet village of Spielberg.

Michael started out strong in the first practice session on Friday driving his K&N, Eibach Springs PREMA Powerteam Mercedes-powered Dallara F312 and hovered in the top five during most of the session. With about 15 minutes to go in the session Michael was P-2 with a lap of 126.992 and when the session ended he was classified 3rd on the charts behind Carlos Sainz Jr. and PREMA teammate Dani Juncadella. Michael continued to be strong in the second session but after he came into the pits for new tires, he got caught in traffic after returning to the track, which prevented him from showing the full potential of the car. He ended up 8th on the charts for the free practice session.

“The PREMA Powerteam gave me a fast car as they always do,” said Michael Lewis. “I was able to keep my pace and I feel good about my times in the first part of the session. Unfortunately, I was not able to find a clear spot when my tires were ready for the fast lap, so I was unable to fully utilize the opportunity for a better overall time.” 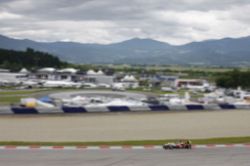 Later Friday afternoon, qualifying took place with 16 drivers attempting to earn the pole during the 30-minute session, which will set the grid for Race 1 on Saturday morning and Race 3 on Sunday morning.

While Michael was able to run times with the leaders during practice, qualifying did not turn out as expected, and he qualified 13th.

“While my qualifying result is not what I and the team anticipated, it is not indicative of the effort our team has put into preparing this race car. We will not be deterred,” said Michael. “I was able to run competitive times during practice, so I know how to be fast on this track. I have complete confidence in the PREMA Powerteam who will give me a good setup for the race tomorrow. I will go on the track focused, ready to pass cars, and do everything it takes to move up and earn valuable points when the checkered flag waves.” 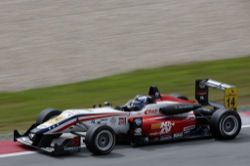