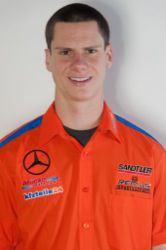 Berlin, Germany (April 8, 2013) — Michael Lewis’ plans for the 2013 race season have been confirmed as Team kfzteile24 Mücke Motorsport, of Berlin, Germany, announced that he would fill the last of the team’s four Dallara-Mercedes seats for the FIA Formula 3 European Championship. Michael’s first event for the team will be this weekend, April 12–14, in Silverstone, England. This will be the second event weekend of the 2013 FIA Formula 3 European Championship season, with Michael competing in rounds four, five and six, of the Championship.

“We are happy to have Michael aboard now. He has got the potential to fight about podium placings and win races,” said Team Principal Peter Mücke, who now has a promising replacement for Pascal Wehrlein, who switched to the DTM (Deutsche Tourenwagen Masters) as the youngest DTM driver for the Mercedes-Team Mücke Motorsport. Wehrlein was on the podium three times (first, second and third position) at the Formula 3 European Championship season opener in Monza, Italy, at the end of March. “I am sure Michael can accomplish similar positions as well, because he already took part in the Formula 3 Euro Series and the European Championship last year,” Mücke added.

“It is a great honor to be with kfzteile24 Mücke Motorsport,” said 22-year-old Michael Lewis, a native of Laguna Beach, California, and who resides in Baveno, Italy. “There is a history of success that Peter Mücke and his team have built, so it gives me great confidence to know I am driving for a very established team. My goal is to go out and win races. With the strong support of kfzteile24 Mücke Motorsport, this goal can be achieved.” 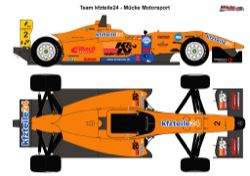 Michael competed in the Formula 3 Euro Series Championship last year earning one win and seven podium appearances. He previously competed in the Italian Formula 3 Championship where he finished as Vice Champion and earned Rookie Championship honors in 2011. Michael had a strong career in Formula BMW as well, earning Rookie Champion in the 2009 Americas championship, and in 2010, scoring podiums in Asia and running strong in Europe. Previously a champion in United States karting, Michael also developed his skills in European karting. Michael has earned victories and championships in Focus Midgets, touring cars, quarter midgets, and even stock cars.

“It is exciting to finally get back in the car for the second round at Silverstone and start scoring some points,” Michael added. “I am ready to give all of my effort for the next event, and I would like to thank kfzteile24 Mücke Motorsport and Mercedes-Benz for this opportunity.” 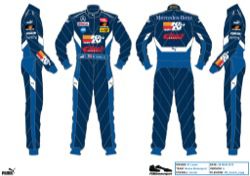 All FIA Formula 3 European Championship races will be broadcast live this season at http://www.fiaf3europe.com/livestream.html. Please visit the website 10 minutes prior to the start of each race, then click on “Livestream” to watch each event.