Zandvoort, The Netherlands (July 8, 2013) — Competing against some of the best drivers in Formula 3, American Michael Lewis completed his second RTL GP Masters of Formula 3 race on Sunday, July 7, finishing. in 12th position.

Drivers, teams and fans alike were treated to beautiful weather over all three days of the event, with practice beginning on Friday, July 5. Two 40-minute practice sessions featured the 24 drivers. Maximizing tire efficiency became an integral part of the teams’ race strategy because the race organizers only allowed each team to use three sets of Kumho tires during the entire weekend. Michael’s kfzteile24 Mücke Motorsport team chose to send its drivers out for the first practice session on new tires. During Free Practice Session 1, Michael built a strong pace at the beginning of the session, and at the end placed P-12 in the ranking. Free Practice Session 2 was held later in the day on Friday and all kfzteile24 Mücke Motorsport drivers exited pit lane on the used tires from the first practice session. At the conclusion of the second 40-minute session, Michael was ranked P-15. 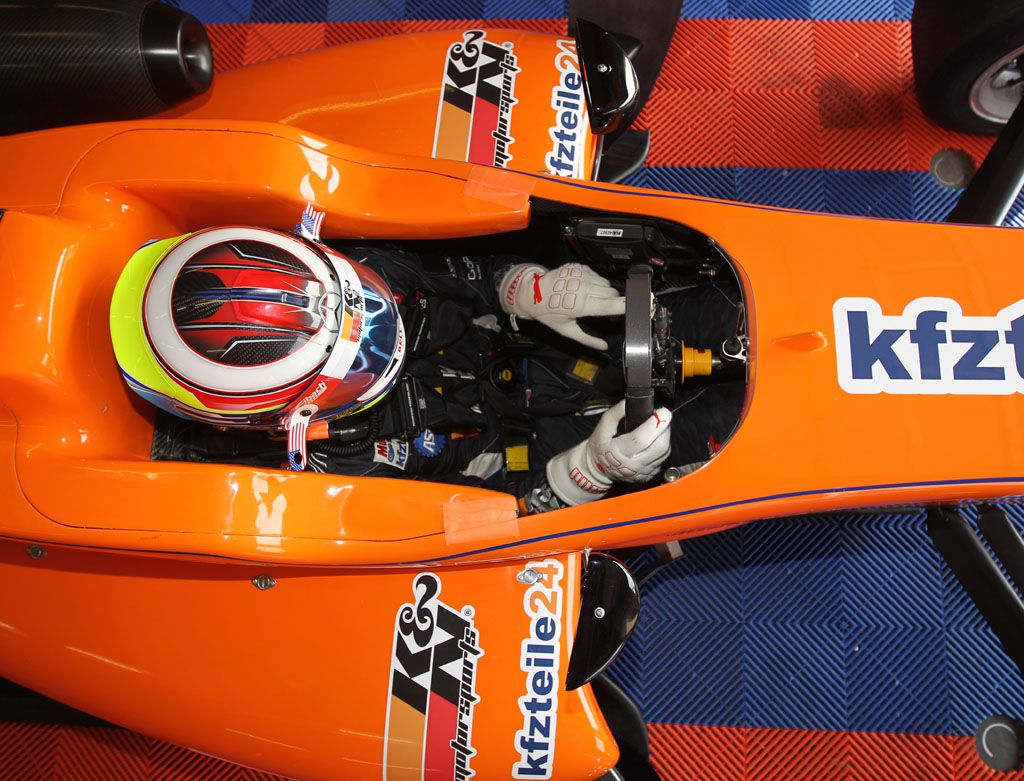 “The Masters event for Formula 3 drivers is one of the most prestigious races on the schedule,” admitted Michael Lewis. “I like racing here at Zandvoort, and the kfzteile24 Mücke Motorsport team has prepared a great car for me to drive. The weather is perfect, and the track is fast. Now I must concentrate on hitting my marks during qualifying on Saturday to give me a good starting position for Sunday’s race.”

The Zandvoort Masters qualification format is different than the usual FIA Formula 3 Championship. The qualifying procedure for this event consists of two 20-minute sessions, with the first taking place early in the day on Saturday and the second session late on Saturday afternoon. The fastest time recorded between the two sessions would determine the driver’s starting position in Sunday’s 25-lap main event. The kfzteile24 Mücke Motorsport team decided that each of its drivers would use one new set of the allowed three sets of tires for each 20-minute qualifying session. 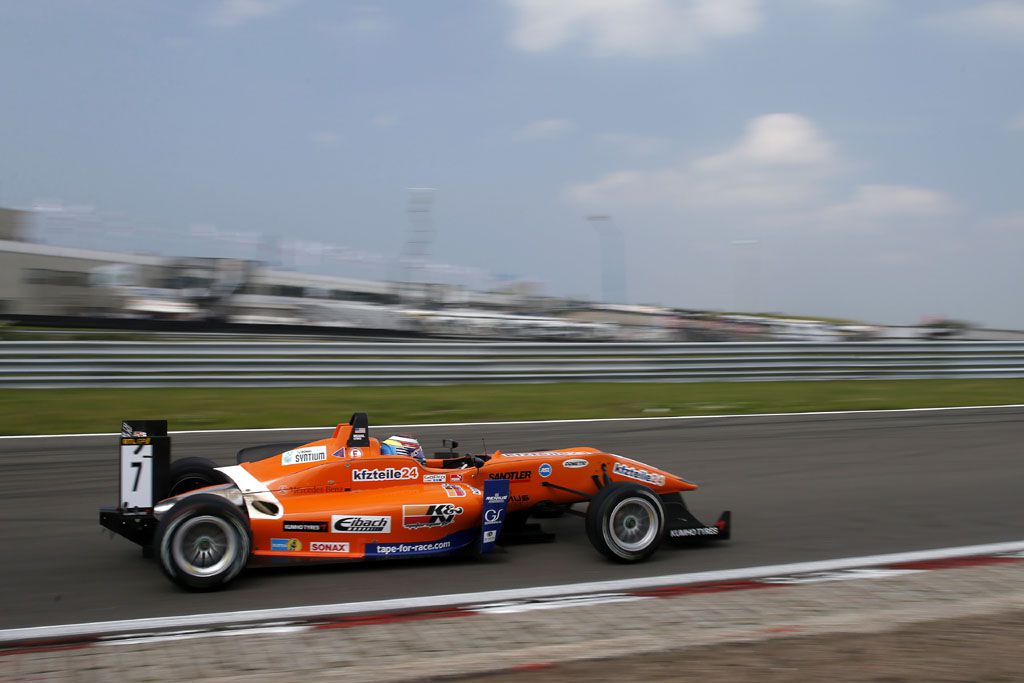 Sunday’s headlining event at Circuit Park Zandvoort was the Masters of Formula 3, as a crowd of about 20,000 fans filled the grandstands and the sand dunes for a full day of racing, which also included the DSSS Series, Formula Ford, Dutch Renault Clio Cup and Formido Swift Cup. Before the race began, Michael conferred with his race engineer about how to start the race and their strategy during the event. Michael climbed into his race car and left pit road onto the track and then into formation on the starting grid, where he was placed in 13th position. When the lights went out to start the race, Michael held his position and by the end of the first lap he moved up one spot. As the race progressed Michael was able to advance up to 10th position with five laps to go. Four drivers battled for the 10th position, including Michael, but still he kept his kfzteile24 Mücke Motorsport Mercedes Dallara firmly in command up until halfway through the white flag lap.

“It was a good fight all race long,” said Michael, “and I made progress toward the front. I was pushing hard, but eventually lost grip because I had been leaning on my tires all race long to make up positions. My goal was to hold on to the top-10 position, but on the last lap I dropped a wheel, which caused me to lose traction and slip back some in the field.” As a result, Michael crossed the finish line in 12th position. 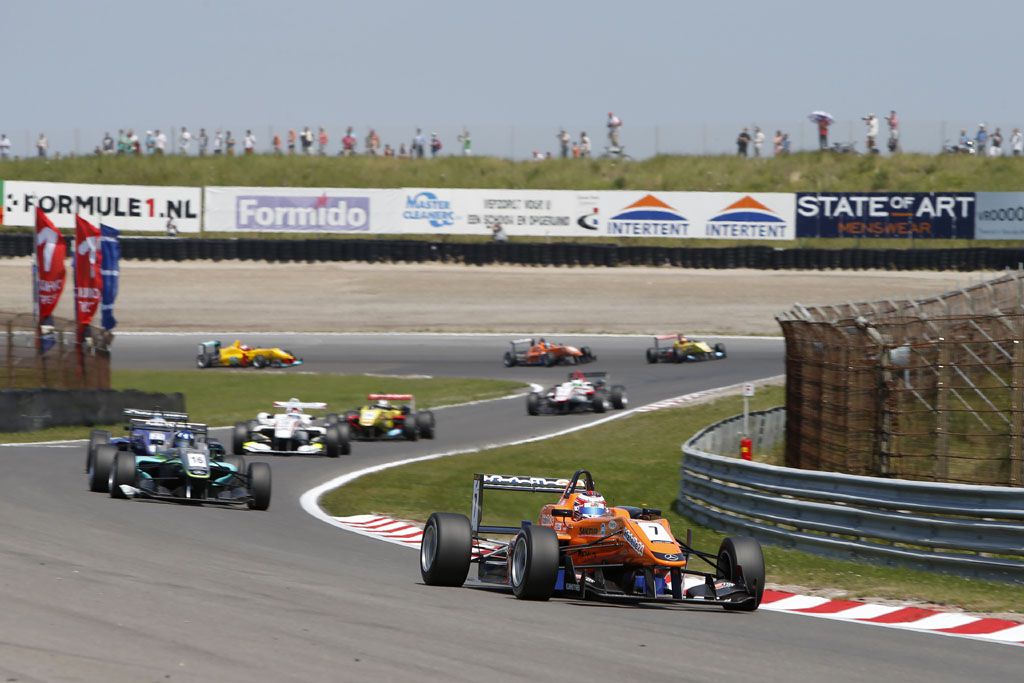 Michael won’t have much down time as he returns to the FIA Formula 3 Championship this weekend when the series visits Norisring. This will be Michael’s second visit to the German street circuit. Follow Michael’s practice and qualifying this weekend by visiting www.fiaf3europe.com for live timing and scoring, and the races will be broadcast live on the website.