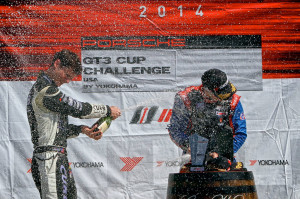 Laguna Beach, California — This race season, Michael Lewis has competed on some of America’s historic road courses, and this week features another stellar track as the 2014 IMSA Porsche GT3 Cup Challenge USA by Yokohama will visit Road America in Elkhart Lake, Wisconsin.

Michael and the No. 98 Competition Motorsports/Curb-Agajanian Porsche 911 will take to the legendary, four-mile, 14-turn road course on Thursday, August 7, for a promoter test day to allow the race teams additional practice time and tune the car for the upcoming race weekend. Thirty-four competitors are included on the entry list for the IMSA GT3 Cup Challenge USA by Yokohama portion of the Continental Tire Road Race Showcase, with 21 in the Platinum class—in which Michael competes—and 13 in the Gold class. The weekend’s schedule, August 7–10, will also feature the TUDOR United SportsCar Championship, Continental Tire Sports Car Challenge, Cooper Tires Prototype Lites Powered By Mazda and Mazda MX-5 Cup. 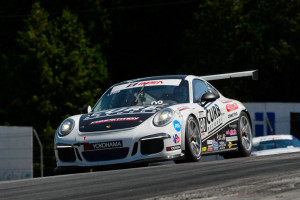 Michael is familiar with Road America as he raced on the Wisconsin road course in 2009, while competing in the Formula BMW Americas Championship. Although he drove a single-seater Formula car then, he will apply the knowledge he learned about the track to his current team’s Porsche 911. “In terms of my experience at this track, I raced this circuit back in 2009, in a different type of racing vehicle,” explained Michael Lewis. “Since that time, and with my current level of racing experience, I am able to see the track a bit differently. I am excited to see what my adjusted perspective brings to the table. Driving the No. 98 Curb Records, Eibach Springs and Cometic Gasket sponsored Porsche 911 with Yokohama Tires around this tricky circuit should be fun!” 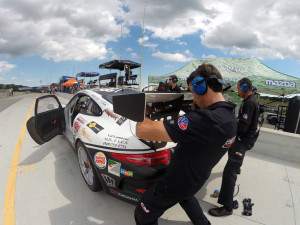 While most race weekends in the IMSA GT3 Cup Challenge USA by Yokohama series have two races during the event, this weekend’s schedule includes a third race on Sunday evening, August 10. This race will serve as a make-up race to replace Race 2 from May’s Lime Rock Park event weekend, which was postponed due to heavy rain.

Michael described the Road America course. “With so many corners, long straights, and elevation changes, this track just about throws everything at you. This diversity makes it a fun challenge to work on being the fastest around this four-mile long course. What is especially great about this circuit is that there are many open seating areas and viewing areas for the fans to watch the races. That’s pretty cool for the spectators, and maybe they can see the No. 98 Competition Motorsports/Curb-Agajanian Porsche 911 get a win this weekend! Racing in three races over the same weekend is definitely going to be exciting,” he said. 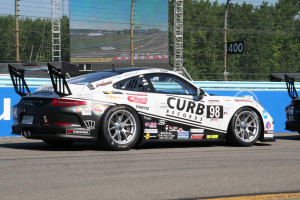 Following is the tentative weekend schedule for the IMSA Porsche GT3 Cup Challenge USA by Yokohama, which is part of the Continental Tire Road Race Showcase. (All times are listed in the Central Time Zone.) 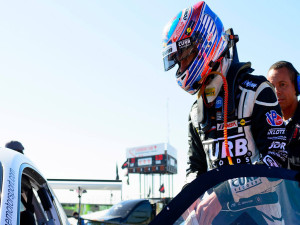 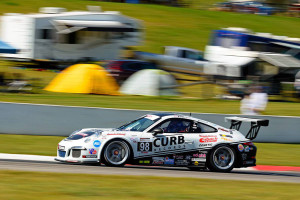