Michael Lewis will compete at Mid-Ohio Sports Car Course this weekend in the Pirelli World Challenge while driving the No. 41 EFFORT Racing/Curb-Agajanian Porsche 911 GT3 R.

Laguna Beach, California — After racing at some of the best road racing circuits worldwide, Michael Lewis is preparing to compete for the first time this weekend on the 2.4-mile, 15-turn Mid-Ohio Sports Car Course in Lexington, Ohio, for the StopTech Grand Prix presented by MOMO.

Michael and the No. 41 EFFORT Racing/Curb-Agajanian Porsche 911 GT3 R will arrive to the track on Thursday, July 30th, for testing with other teams in the Pirelli World Challenge (PWC). Official practice in preparation of Rounds 14 and 15 of the PWC will take place on Friday, July 31st. Qualifying and Round 14 are scheduled for Saturday, while Round 15 will conclude the weekend’s racing action on Sunday, August 2nd. The races will run in conjunction with the Honda Indy 200 for the Verizon IndyCar Series. 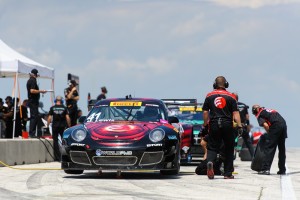 The EFFORT Racing team meticulously prepares the No. 41 Porsche 911 GT3 R prior to each Pirelli World Challenge event. This weekend will feature Rounds 14 and 15 of the series’ championship.

“The team was fast at this track last year, so it will be great to lean on their experience gained, and also from my teammate Ryan Dalziel, who won both races over that weekend,” said Michael Lewis. “Our EFFORT Racing Porsche 911 GT3 Rs have been running well since the last race, and we hope to continue that progress and speed to this upcoming race in Mid-Ohio. Thank you to everyone on the team who have been working hard on the race weekends and also back at the shop to keep our Porsche 911s running fast. I look forward to help keep EFFORT Racing at the front of the pack on this historic North American circuit during the upcoming weekend.” 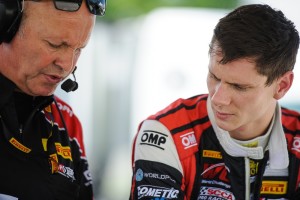 Live streaming of Rounds 14 and 15 can be viewed at www.world-challengetv.com. The races will also be broadcast on CBS Sports Network on Sunday, August 9th, at 4 p.m. EDT. 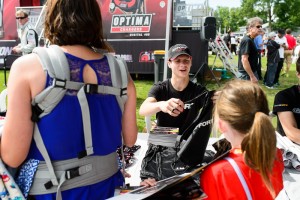 Fans attending the Pirelli World Challenge event at Mid-Ohio on Saturday, August 1, can meet Michael Lewis and other drivers during the autograph session in the infield from 2:15 p.m. – 3:00 p.m. EDT.