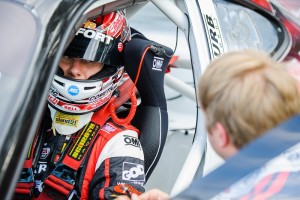 Laguna Beach, California — Michael Lewis kept his string of top-5s alive by earning another 5th-place finish in the No. 41 EFFORT Racing/Curb-Agajanian Porsche 911 GT3 R in the Pirelli World Challenge (PWC), this time at Mid-Ohio Sports Car Course in Lexington, Ohio.

Qualifying for the StopTech Mid-Ohio Grand Prix presented by MOMO took place on the morning of Saturday, August 1. The EFFORT Racing team flawlessly prepared two high-performing Porsche 911 GT3 Rs as Michael qualified his No. 41 with the fourth fastest time of the session at 1:20.319, while his veteran teammate Ryan Dalziel turned a qualifying time of 1:19.838, placing him on the pole position for Saturday afternoon’s race.

“We’re starting 4th overall, which matches our best qualifying effort all season,” said Michael Lewis. “Congratulations to my teammate Ryan for driving a really nice lap to set pole position. Once I heard what his lap time was, I had a lot of motivation to push out a few more tenths, and that’s exactly what happened. A top-4 starting position is good, and now for the first race we’ve just got to get a clean start. Thank you to Stefan Pfeiffer our engineer, Reg Schmeiss our tire guy, and really the whole EFFORT Racing team for keeping me cool and focused for this qualifying session. This session was pretty much the race, and when the actual first race begins this afternoon, it will be about managing our position and looking toward the front.” 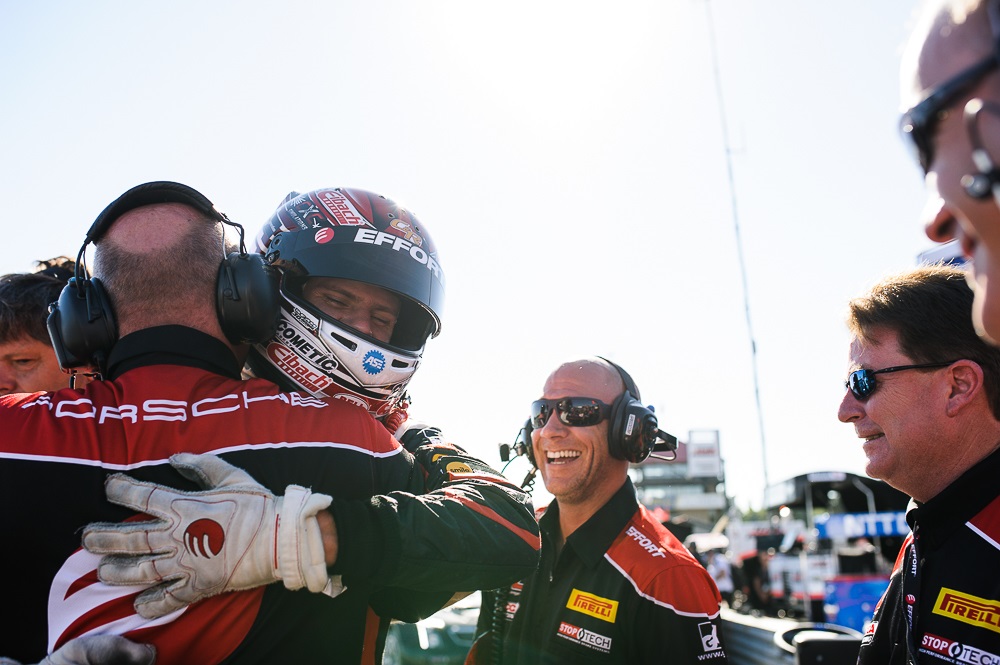 Michael added, “The photo above was taken just after qualifying where we were battling for a top 10 spot, but in the final two laps of the run, with very low fuel, we did two laps that put us clear into P4 and on the last lap nearly into P3. The team was happy to see that we were fighting our way toward the front of the grid in the closing seconds of the qualifying session. That type of suspense and emotion to qualify up front is really one of my favorite things about racing. To bring home the car in a good starting spot is rewarding for the team and they deserve it.” 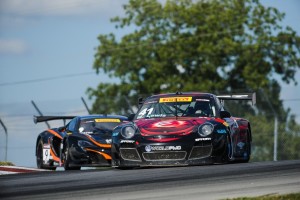 Michael Lewis holds off a challenge by Kevin Estre to earn his third consecutive 5th-place finish in Round 14 of the Pirelli World Challenge, on Saturday, August 1.

Round 14 of the PWC was scheduled for late afternoon on Saturday. Michael lined up on the starting grid in 4th position, just outside the second row. When the lights went out to start the race, Michael immediately lost one spot and was in 5th when a full-course caution was issued due to a stalled car on the starting grid. The cars continued on Lap 1 and then crossed the start/finish line for a single-file restart on Lap 2. Michael remained in 5th place, and with 21 minutes left in the 50-minute timed race, another full-course caution came out as the safety crew removed a couple cars stranded off the course. The race restarted with 6 minutes left and Michael was immediately challenged for 5th position. However, he maintained position and concluded the race in 5th of 36 competitors. Michael was also the highest finishing rookie of the race.

“We finished P5 today, and that’s pretty cool,” exclaimed Michael. “I wish I could have gotten a P4 finish for our EFFORT Racing team because that’s where we started. Congratulations to Ryan, who finished first. His win is great because he’s been working so hard for that. The race was just really nice and clean battling with the Cadillac, and Kevin Estre behind. We were trying to all catch the Ferrari in the final few laps, but couldn’t make anything happen. It was a clean race, but also a close race, and I hope that the fans enjoyed the show with a lot of nose-to-tail racing. Thank you to Stefan Pfeiffer and Ricki Martino for really hooking up the Porsche 911 GT3 R today in both qualifying and in the first race. We’re starting 6th tomorrow, and I just have to improve my standing start a little bit to get into the first two corners ahead of some of the guys. All smiles here at EFFORT Racing.” 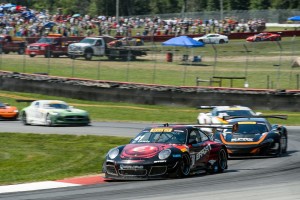 Michael Lewis is seen here during the Pirelli World Challenge Round 15 when he was part of a pack of cars challenging for position.

Planning to carry Saturday’s momentum into Sunday’s race, Michael and the field of 35 other competitors lined up on the starting grid of the 2.285-mile track for the start of Round 15 of the PWC. The starting lights went out at noon, and a repeat of the previous day’s race occurred when Michael fell back one position. Immediately, the yellow flag waved bringing out a full-course caution because a car stalled on the starting grid. The field received the green flag at the start of Lap 2, and Michael quickly joined a train of race cars running nose-to-tail in 5th, 6th, 7th and 8th positions. Just past halfway during the race, a full-course caution occurred to remove a car from the gravel trap. After the restart, Michael was running in a pack of cars all battling for positions when his car got into the car in front of him, which caused that competitor to go off course. Michael finished the race in 6th position, but received a 40-second time penalty for the contact. His finishing position is currently being determined by Pirelli World Challenge officials. 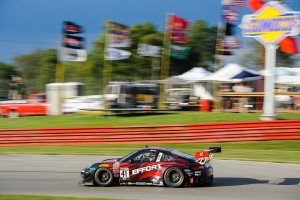 The EFFORT Racing team prepared the No. 41 EFFORT Racing/Curb-Agajanian Porsche 911 GT3 R flawlessly, which allowed Michael Lewis to run toward the front of the pack at Mid-Ohio Sports Car Course this past weekend.

Michael will next compete in Rounds 16 and 17 of the Pirelli World Challenge at Miller Motorsports Park in Tooele, Utah, August 21–23.