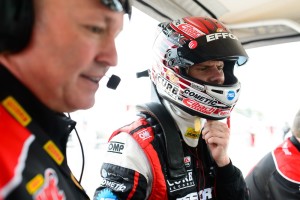 Laguna Beach, California — When Michael Lewis last competed at Miller Motorsports Park during the 2009 Formula BMW Americas season, he drove on the shortened “East” course layout. However, as he returns to the Toole, Utah, road circuit with EFFORT Racing this weekend, Michael will drive the team’s Porsche 911 GT3 R around the full “Outer Loop” course design for Rounds 16 and 17 of the 2015 Pirelli World Challenge (PWC) season.

Michael and the No. 41 EFFORT Racing/Curb-Agajanian Porsche 911 GT3 R have been producing strong results as of late, with three 5th-place finishes in the last four races of the PWC in the GT/GTA category. 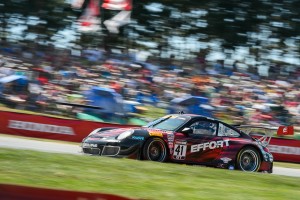 Miller Motorsports Park, in Toole, Utah, will play host to Rounds 16 and 17 of the Pirelli World Challenge, where Michael Lewis will compete in the No. 41 EFFORT Racing/Curb-Agajanian Porsche 911 GT3 R, August 21-23, 2015.

“It has been a nice improvement since the start of the year, and it is because of the work and enthusiasm from everyone at EFFORT Racing,” explained Michael Lewis. “It would be really great to get a podium in the No. 41 Porsche 911 GT3 R to accompany the awesome performances by my teammate, Ryan Dalziel. Overall, the track looks to have a smooth surface and nice kerbing to use; the long main straight will definitely make for passing opportunities into the first corner. We are looking forward to fun and competitive racing at Miller!”

Michael and the EFFORT Racing team will arrive at Miller Motorsports Park for testing on Thursday, August 20, while the EnergySolutions Supercar Grand Prix of Utah kicks off on Friday, August 21, for official practice. Qualifying will take place on Saturday morning, with the weekend’s first race scheduled to begin at 12:45 p.m. MT. Race 2 will take place on Sunday, August 23, beginning at 12:20 p.m. MT. Both races are scheduled to air on CBS Sports Network, on Sunday, August 30, starting at 4 p.m. ET. 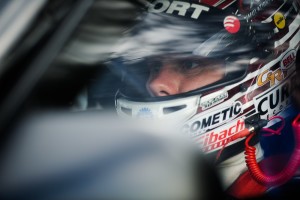 Michael Lewis is focused on finishing strong with only five races remaining in the 2015 Pirelli World Challenge season.

Here is this weekend’s race schedule: 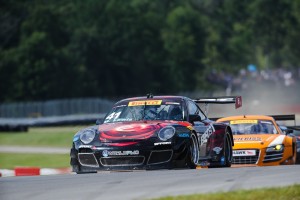 For those unable to attend this weekend’s racing activities at Miller Motorsports Park, watch live coverage of both races at www.world-challengetv.com.

If you are unable to make it to the track this weekend, watch live streaming of qualifying and the races at www.world-challengetv.com.