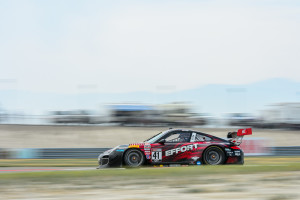 Michael Lewis hopes to gain the “home track” advantage by competing in his native state of California this weekend for Rounds 18 and 19 of the Pirelli World Challenge.

Laguna Beach, California — Scenic Sonoma Raceway is next up for California native Michael Lewis, where he and the EFFORT Racing team will visit the 2.52-mile road course for Rounds 18 and 19 of the Pirelli World Challenge (PWC), August 28–30.

Michael has made a strong run this season in the Pirelli World Challenge, and the Sonoma races will serve as part of the second-to-last event on the series’ 2015 schedule. California is home to three PWC events this season: the Toyota Grand Prix of Long Beach in April, Sonoma Raceway, and the season finale on September 11–13, at Mazda Raceway Laguna Seca. 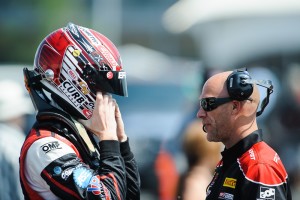 Although Michael Lewis has not previously competed at Sonoma Raceway, he will rely on the experience from the EFFORT Racing team. He is seen here talking with Paul Ashworth, who helps prepare the No. 41 EFFORT Racing Porsche 911 GT3 R.

“This weekend’s event in Sonoma will be the second race of back-to-back weekends, so the EFFORT Racing team has been busy traveling and preparing our race cars from the last event at Miller Motorsports Park in Utah,” explained Michael Lewis. “Although I have never competed at this track previously, I will rely on the experience and knowledge from the entire EFFORT Racing team, and we will work to put our EFFORT Racing Porsche 911 GT3 Rs toward the front of the starting grid. It will also be fun to compete back in my home state of California because our local race fans will get to watch all of the action and support our EFFORT Racing team.”

The event schedule is as follows (all times PDT): 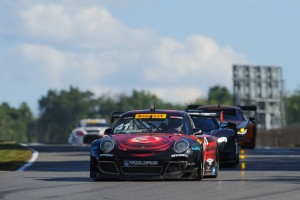 Michael Lewis hopes to lead the Pirelli World Challenge field at Sonoma Raceway this weekend in the No. 41 EFFORT Racing/Curb-Agajanian Porsche 911 GT3 R.

Both races will be broadcast live at www.world-challengetv.com, and they will also air on network television on Sunday, September 6, at 2 p.m. EDT/11 a.m. PDT, on CBS Sports Network.