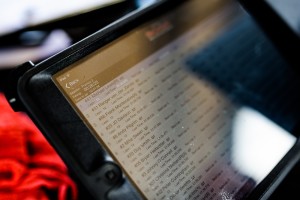 Michael Lewis set the fastest time in practice for Rounds 18 and 19 of the Pirelli World Challenge at Sonoma Raceway on Friday, August 28.

Laguna Beach, California — Michael Lewis made a promising start in practice and qualifying for the Pirelli World Challenge Grand Prix of Sonoma presented by Kia when he set the fastest time of the combined free practice sessions, and when he qualified his EFFORT Racing Porsche 911 GT3 R in 3rd place for Race 1. This was also Michael’s best qualifying result of the season. However, he could not follow up on his strong start to the weekend during the two races.

Practice
Although a California native, Michael had never competed at Sonoma Raceway in Sonoma, California, prior to this past weekend. However, he hit the ground flying as he set the fastest time in the second 30-minute practice session for Pirelli World Challenge (PWC) GT, GTA and GT Cup competitors on Friday, August 28. Michael’s teammate for the weekend, Renger van der Zande, set the fastest time in the session at the 22-minute mark, but with just 2 minutes to spare, Michael reset the fast lap with a time of 1:33.652. 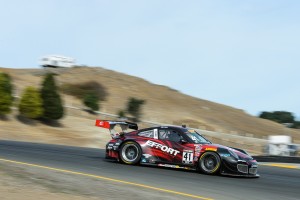 Michael Lewis made his best Pirelli World Challenge qualifying effort of the season at Sonoma Raceway. As a result, he would start Round 18 on Saturday, August 29, in 3rd position.

Qualifying
Saturday afternoon’s qualifying round began with the GT Cup and GTA competitors, with Michael and the rest of the GT drivers taking to the track with about 15 minutes left in the 45-minute qualifying session. Michael immediately started setting fast times and was on top of the time charts. Michael pulled into the pits with a time of 1:33.231, only .136 seconds behind fast qualifier and teammate Renger van der Zande, which placed him 3rd fastest, and gave him the 3rd starting position for Saturday afternoon’s 1st race.

“Qualifying was quite spectacular for the team,” offered Michael Lewis. “We had Renger on pole and myself in 3rd. It was a great effort by the team. The session was flawless. We both went out, laid a couple of fast laps, and pitted early. Only two or three laps were necessary, and we wanted to save our tires for the race. We saw we were pretty far up on the board, and that was pretty much it for the session. We’re all smiles here. It was a nice performance for both drivers. We’ll see if we can hold those positions and maybe improve one on my end to bring EFFORT Racing a 1-2 finish.” 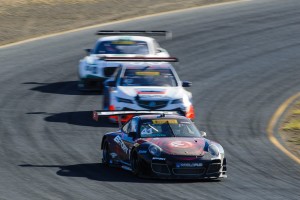 Anxious to move up in the field during Saturday’s Round 18 of the Pirelli World Challenge, Michael Lewis made an aggressive pass to overtake 3rd place, but lost several positions as a result. He finished the race in 11th.

Race 1
The weekend’s 1st race began with a rolling start and Michael was on the starting grid in 3rd. However, when the green flag waved, Michael dropped to 4th. In the opening laps, Michael was battling for 3rd position and he looked to make a move into Turn 1 and Turn 2. Michael tried various lines to move back up into P3, and on one of the attempts to pass, he ran a bit wide into Turn 2. This allowed five cars to pass him. His team came on the radio and told him to try to make one strong lap, which would give him a good starting position for Sunday’s Race 2. Attempting to regain positions and to set a good qualifying lap for Race 2, Michael held on as best he could and finished the 50-minute race in 11th position.

Race 2
Michael and the EFFORT Racing team regrouped for Sunday morning’s race, and he lined up the No. 41 EFFORT Racing/Curb-Agajanian Porsche 911 GT3 R in 7th place for the standing start. When the lights went out for the 10:55 a.m. PDT race, Michael lost a few places and filed into position to enter Turn 1 and Turn 2. Approaching Turn 2 on the opening lap, a car spun directly in front of Michael. He swerved to the side to avoid hitting the car, but he ended up making contact with another competitor who was also avoiding the accident. Unfortunately, the damage sustained could not be fixed quickly, so Michael’s race was finished on the first lap. 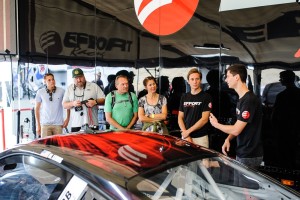 Summarizing the race weekend, Michael explained, “We had a really good qualifying for Race 1. I placed P3 just three-tenths off of my teammate who was P1. Into Race 1 I had a little mistake on my part battling for the top-3 positions, and ended up falling back. That was on me. For Race 2, we had a safe launch off the starting line. Up into the 1st two turns today there was a big crash and it was just a deal where I couldn’t find a hole. I had contact, which ended our race. It was unfortunate that our race was cut short, because overall, we had good speed this weekend. My teammate won Race 2 and finished 2nd in Race 1. That really showed the pace of these EFFORT Racing-prepared Porsches. On my side, I’m just going to keep my head up. We had a really good start to the week, and just didn’t finish it up. We’ll see what happens at the final round at Mazda Raceway Laguna Seca, the third of three California races for us. Thank you to the team for sticking with me during the weekend; the car was fast and fun to drive!”

Two races remain in the 2015 Pirelli World Challenge season. Michael and EFFORT Racing will visit Mazda Raceway at Laguna Seca, September 11–13, 2015, in hopes to finish the season on a high note. 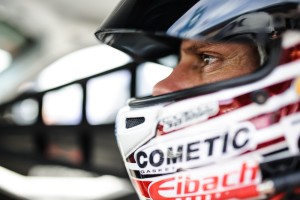 With only two races left in the 2015 Pirelli World Challenge season, Michael Lewis and EFFORT Racing are focused on a strong finish.