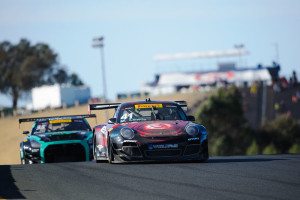 Michael Lewis hopes to lead the field of GT/GTA competitors for the Pirelli World Challenge season finale this weekend.

Michael and the No. 41 EFFORT Racing/Curb-Agajanian Porsche 911 GT3 R, along with the field of PWC competitors in the GT/GTA and GT Cup categories, will be part of the headlining event on Sunday, September 13, for the season-concluding Round 20 at the 11-turn, 2.238-mile road course. 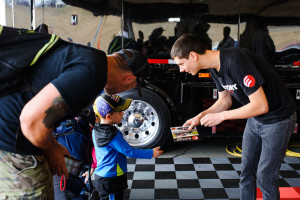 For those who will visit Mazda Raceway Laguna Seca this weekend for Round 20 of the Pirelli World Challenge, don’t miss the opportunity to meet Michael Lewis in person at Sunday’s autograph session.

Michael hopes for a repeat performance of the last time he visited Mazda Raceway Laguna Seca, which was in May of 2014. While competing in the IMSA Porsche GT3 Cup Challenge USA by Yokohama, Michael set the fastest time in qualifying, and then went on to win both of the event’s races.

“This weekend will be interesting as there will only be one race, which is how it was in Long Beach,” said Michael Lewis. “The season went by very quickly, and it seems it just began not too long ago. This year with EFFORT Racing has been an incredible experience, and the team has been working hard to develop the cars and my driving since the start of the year, and I appreciate their dedication. We will work together to have our No. 41 Porsche 911 GT3 R scoring a few more points to improve our championship position for a season finale at an awesome, flowing race track in front of a hometown crowd. It will be a great way to finish out the year!” 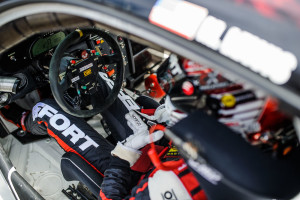 Round 20, the final race of the 2015 Pirelli World Challenge season, will take place beginning at 1:35 p.m. PDT on Sunday, September 20. The race will be broadcast live on www.world-challengetv.com. 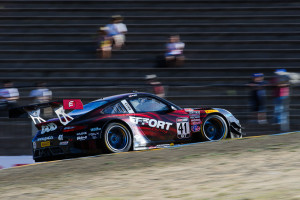 The last time Michael Lewis visited Mazda Raceway Laguna Seca, which was in 2014, he secured the fastest qualifying time and won two races. He and EFFORT Racing hope he repeats his strong results this weekend.