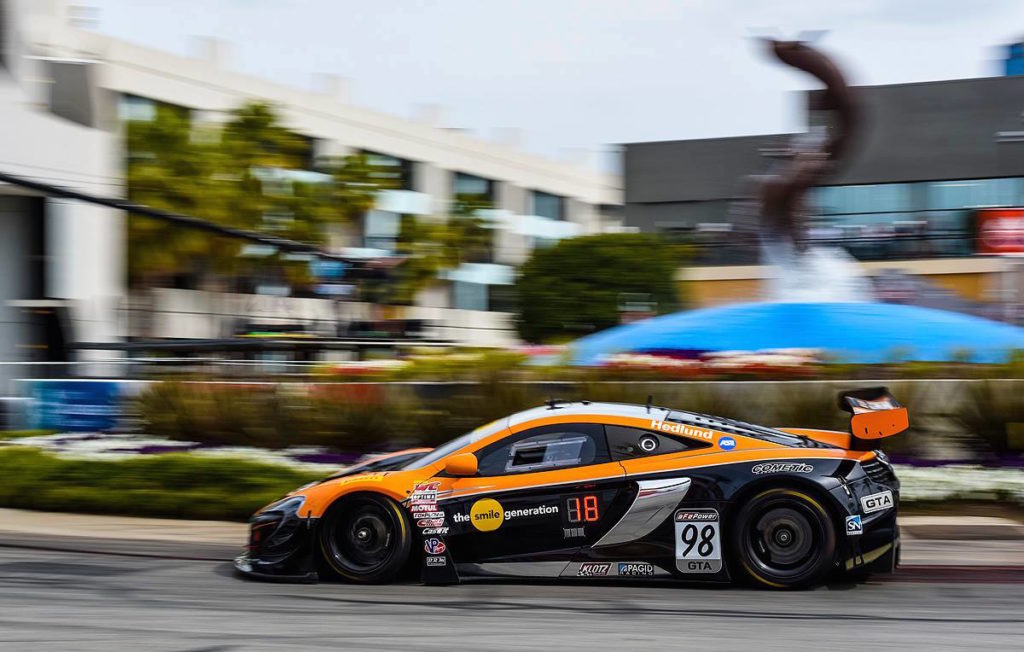 Michael Lewis begins the SprintX Championship this weekend at Virginia International Raceway. Here, the No. 98 McLaren 650S GT3 race car is driven by Mike Hedlund around the street circuit in Long Beach, California, during the second round of the Pirelli World Challenge Championship in April. Photos by Bob Chapman. 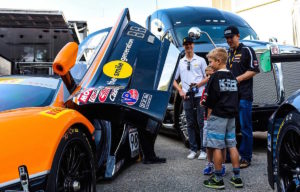 Michael Lewis was in attendance with friends at the Toyota Grand Prix of Long Beach last month, as he is seen here standing by The Smile Generation sponsored McLaren GT3 race car during the weekend.

Michael will co-drive the No. 98 McLaren 650S GT3 with Mike Hedlund for K-PAX Racing in the Pirelli World Challenge SprintX GT Championship. With 35 total entries for the SprintX GT race at VIR, there will be much competition for Michael and Mike Hedlund to navigate through. They will work to compete for top honors in the Pro/Am category; a sub category within the overall standings. Together, Michael and Mike Hedlund will contend with 16 other GT Pro/Am teams in the category. The first 60-minute timed race at the Alton, Virginia, road course, will take place at 3:30 p.m. EDT on Saturday, April 29, while the second round is scheduled to begin at 1:15 p.m. EDT, on Sunday, April 30. 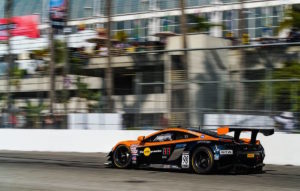 Not a rookie to the 17-turn, 3.27-mile Virginia permanent road course, Michael last raced there in 2014, and first drove the track in 2009, when he was in the Formula BMW Americas championship.

“This track is quite unique, with many technical sections,” explained Michael Lewis about Virginia International Raceway. “There is not one normal thing about this circuit as there is quite a lot of elevation change, and challenging corners like the last few turns and the first sector that leads up the hill and to the fast esses. This track seems to be about getting great exits and sacrificing one corner to gain a good exit through the next turn. At our recent test at this track, feeling the McLaren through the last turns, which are quite fast in 4th and 3rd gear, was fun and very challenging; you had to use a lot of the curbs as you flew through the last few turns. It will be fun to drive with Mike Hedlund as we will work hard to earn results amidst the very strong field of drivers. It will be a pleasure to race against all of the talent that is out there.”

Here is this weekend’s SprintX schedule (all times listed are Eastern): 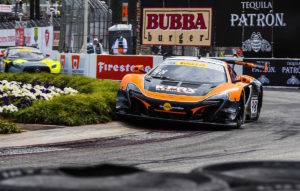 The No. 98 takes some curb around the famous “Fountain Turn” at the Long Beach street circuit.

VIR’s two rounds will lead off the SprintX season for a total of 10 race rounds for the No. 98 K-PAX Racing, The Smile Generation McLaren race car. Mike Hedlund will compete in five “single driver races,” then he will join Michael for these SprintX events. Visit www.world-challenge.com for live race broadcasts, as well as timing and scoring for all the events, and to follow The Smile Generation, ASE, Cometic Gasket and Klotz Synthetics sponsored No. 98 McLaren 650S GT3. 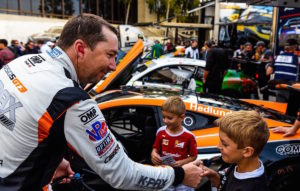 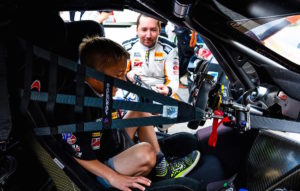