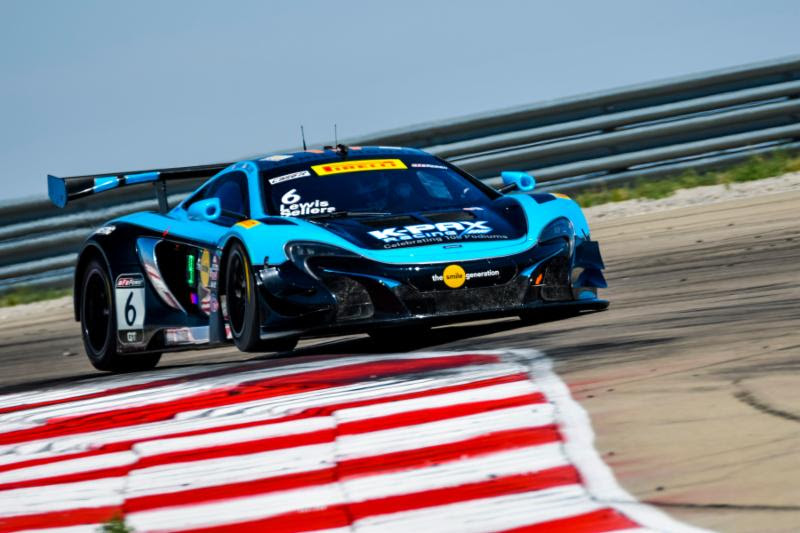 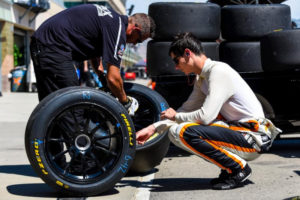 Michael Lewis checks tires for the No. 6 K-PAX Racing McLaren 650 S GT3 prior to heading onto the road course in Utah.

The duo looked strong as soon as they hit the track for Friday’s two practice sessions, setting the 8th fastest time of 31 cars during each session. They fell back just a bit during qualifying and set the 12th fastest lap of the session, which placed them in 12th for Saturday’s Round 7 of the Sprint X Championship.

Bryan took the first segment of the two-driver format and immediately jumped from 12th to 10th on the 1st lap. He ran a solid 10th during the subsequent laps in a follow-the-leader format with not much passing among the field. The 10-minute pit window opened with 35 minutes left in the 60-minute race, and Bryan drove into the pit area with 31 minutes left. After the mandatory 60-second pit stop and driver change, Michael pulled the No. 6 K-PAX Racing McLaren 650 S GT3 onto the track. After the field cycled through driver changes and pit stops, Michael remained in 10th, which is where he finished at the end of the race. 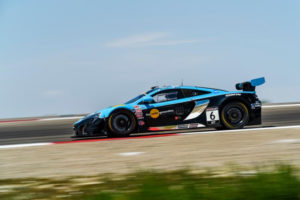 Bryan Sellers jumped from 12th to 10th in Round 7 of the PWC Sprint X Championship.

Since Michael was the finishing driver for Saturday’s race, he started Sunday’s Round 8 in 12th position, as a result of the duo setting the 12th fastest lap during Round 7. When the field took the green flag, Michael battled for position and fell to 15th at the end of lap 1 as he avoided contact in heavy traffic, but made up one position on lap 2. He raced clean and remained in 14th until he pulled into the pit area for the driver change with 32 minutes left. With help from restarts after some cautions and the ability to get by competitors, Bryan was able to move up through the field and crossed the finish line at the 3.048-mile, 14-turn road circuit in 7th place. 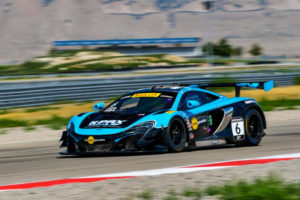 After the mandatory pit stop and driver change during the Sprint X Round 7, Michael Lewis took over driving duties and the duo finished in 10th.

“In both races, everyone executed their work very well and we didn’t have any mistakes,” explained Michael Lewis. “Both races were different from my perspective on the track: Race 1 didn’t have any caution periods and it was an intense lap-time battle with the four cars ahead of us, while Race 2 was more of a dog-fight each lap that saw us battle many cars for position via on-track passes. In Race 2, there were many restarts that my teammate Bryan had to go through, and he did such an excellent job with overtaking on those restarts. Thank you to the K-PAX team for making some really fast cars and for giving us good equipment for both races. I truly enjoyed my time in Utah driving hard for the team in No. 6 car.” 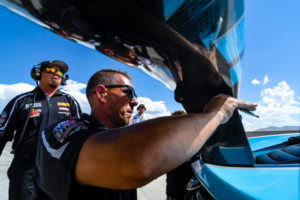 Michael, Bryan and the rest of the K-PAX team will conclude the 2017 Pirelli World Challenge Sprint X season at Circuit of The Americas, just outside Austin, Texas, on September 1–3. To watch Rounds 9 and 10 live, visit www.world-challenge.com. 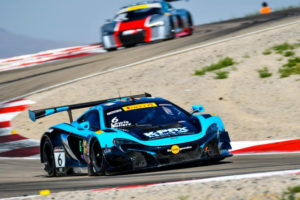 Michael Lewis and Bryan Sellers drove the No. 6 K-PAX McLaren from 12th to 7th in Round 8 of the PWC Sprint X Championship on Sunday, August 13, 2017.