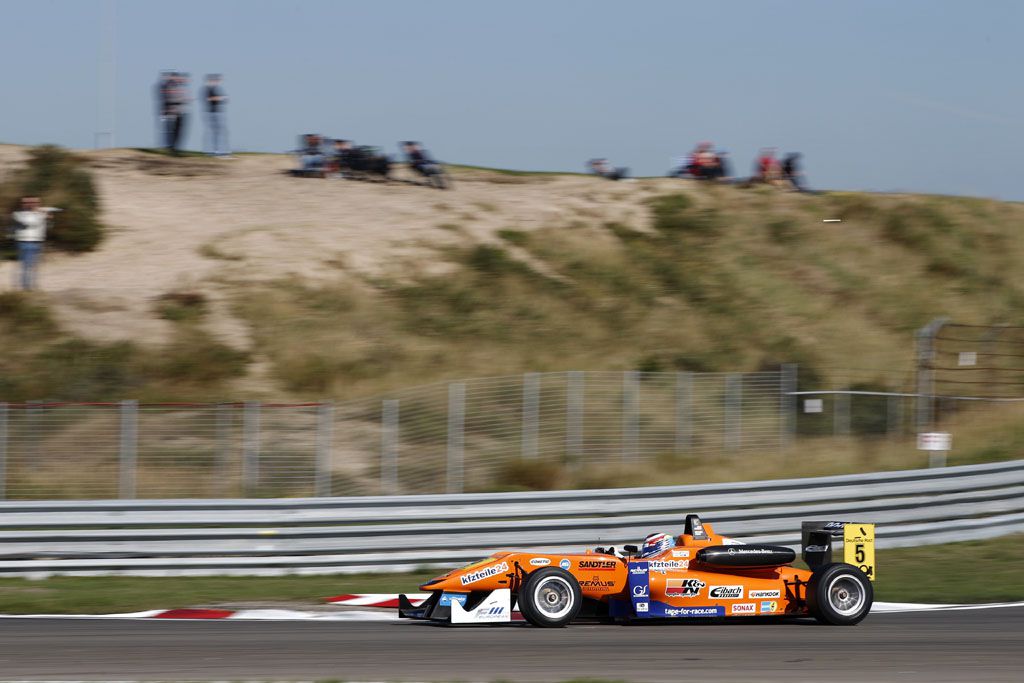 On Friday, September 27, Michael and the Mücke Motorsport team arrived at Circuit Park Zandvoort in The Netherlands for the 8th round of the 2013 FIA Formula 3 European Championship. Michael’s team unloaded the Mercedes-powered Mücke Motorsport No. 5 Dallara with sponsorship from K&N Engineering and Eibach Springs, and prepared the car for Friday’s two 40-minute free practice sessions. 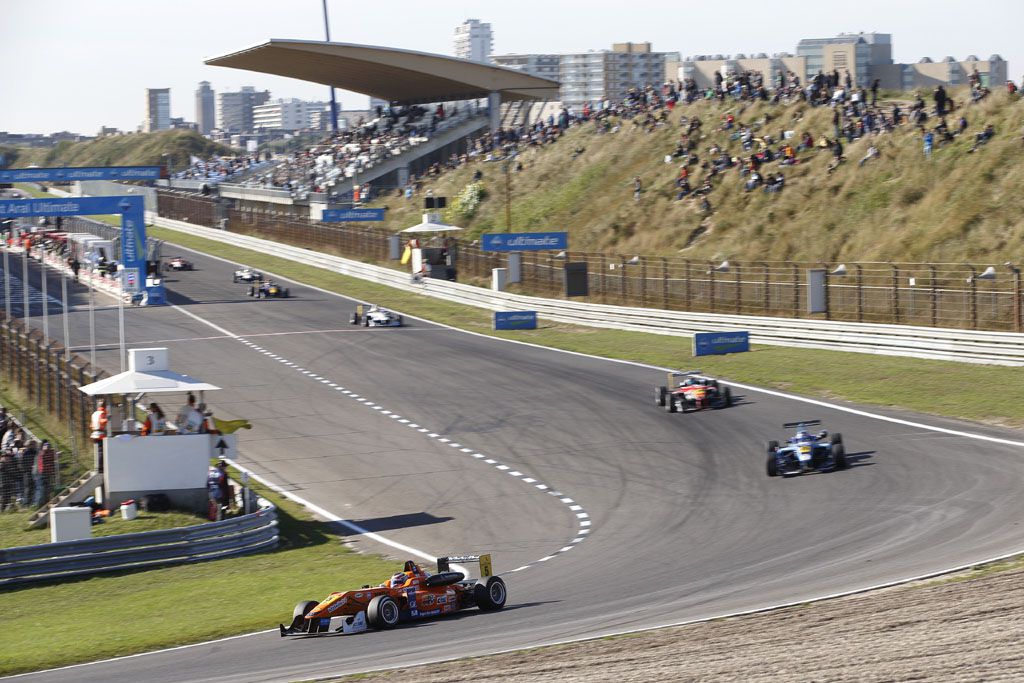 Promptly at 1 p.m., all 27 drivers took to the track for the first free practice session under ideal weather conditions for racing. Michael quickly showed in both sessions that he was comfortable with the car’s setup. During his best run late in the second 40-minute session, Michael was setting a fast pace in sectors one and two. Unfortunately, a wreck occurred in sector three that brought out the red flag, which ended the session early, and halted Michael’s opportunity to record a strong lap as he ended up 20th and 17th in each practice session respectively. 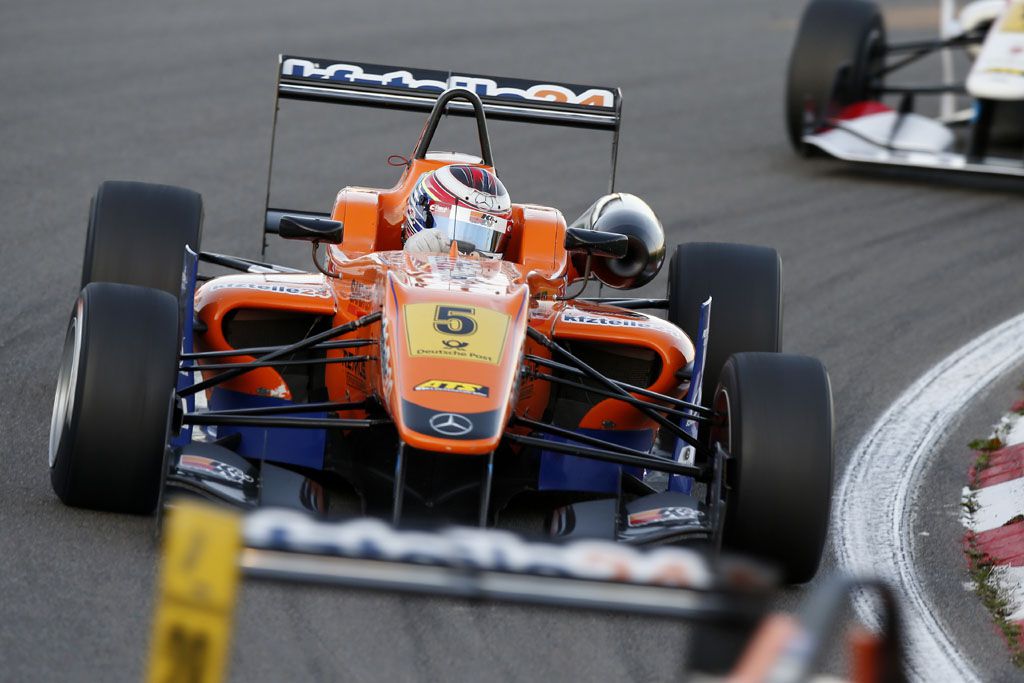 During the first qualifying session, Michael moved up and down on the speed charts, with a strong showing in the top 10. He finished the session P11 for Race 1, and P12 for Race 2.

After a brief 10-minute intermission, the second 20-minute qualifying session began. Conditions remained race perfect as the drivers left pit lane to determine qualifying order for Sunday’s Race 3. As the sun was setting, the track became faster. Again, Michael was hovering in the top-10 positions. He had just set a blistering pace in the first sector and improved his best time by over two-tenths when it appeared his best lap was eminent. However, he was blocked by a slower car and time ran out, resulting in P13.

“The conditions were perfect and my car was perfect,” described Michael Lewis. “I wanted to take advantage of the opportunity for a strong qualifying performance, but unfortunately it did not happen. I have a really good car so I will work hard during the races to improve my positions.” 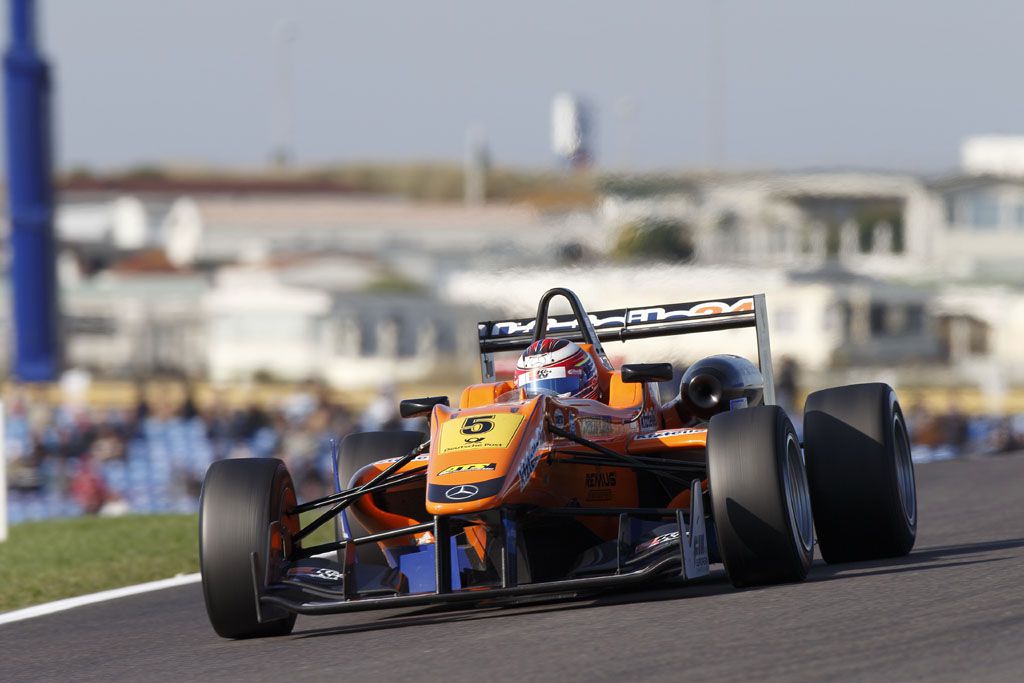 Promptly at 11:00 on Saturday morning, Michael and the other FIA F3 drivers eased their cars out of pit lane onto Circuit Park Zandvoort to their respective grid positions on the main straight. American Michael Lewis qualified P11 and was ready to execute another good start to quickly work his way through the field of 27 cars. As the starting lights went out, Michael perfectly launched the Dallara F312 with K&N Engineering and Eibach Springs livery and immediately grabbed a position. He took another spot in Turn 1 and again another in Turn 6. As the cars came around to complete Lap 1, the Safety Car came out onto the track as a result of a couple of crashes. However, at the end of lap 1, Michael had advanced from his 11th starting position to P8. After a couple of laps behind the Safety Car and one driver ahead of Michael who entered pit lane, Michael restarted in P7 when the green flag waved again. Michael began to close in and put pressure on the car in P6 throughout the middle part of the race until another Safety Car period occurred. When the field went back racing again, Michael saw the opportunity to grab another position for P6. He went to the outside to make the pass but lost traction and grazed the Turn 3 wall, unfortunately ending his race.

“I got a fantastic start after a solid launch,” said Michael, “and right away picked up three spots on the first lap. On the various restarts I noticed the driver in front of me struggling a bit so I wanted to get around him quickly while everyone was still bunched up. I misjudged the grip on the outside of Turn 3 and I hit the wall, which damaged my car’s right front. My Mücke Motorsport Dallara was really strong and I was going to have a really good finish in Race 1.”

The second race of the FIA Formula 3 European Championship weekend was scheduled for a 6 p.m. start, but was delayed for almost 35 minutes due to crash wall damage that needed to be repaired from the accompanying Porsche Cup event. Michael was placed 12th on the grid and he was primed for another strong effort at the start. At the end of the first lap, Michael gained two positions and had a solid run going. On lap 8 the Safety Car was positioned in front of the pack for a number of laps as a result of an incident. When the green flag came out again, Michael was following the car in front of him when suddenly that car left the track in the very high-speed sector 2, and returned at the entry of the next corner. This forced Michael to take evasive action to avoid hitting the car. As a result, Michael was passed by three cars. Because the Safety Car spent time so much time on the track, the race was halted on lap 16 due to a time restriction, so Michael did not have the laps to make up the positions, and he finished the race 13th.

As the throngs of spectators funneled into Circuit Park Zandvoort early on Sunday morning to find their seats in preparation for the afternoon DTM race, the F3 cars were placed on the grid for an 11 a.m. start of the FIA Formula 3 European Championship’s third race of the weekend. Michael Lewis was placed on the grid in 13th position. He anticipated a better result during the 21-lap event, and to shake off some of the misfortune from the previous two races to show the capability of his strong Mücke Motorsport car. The race start was chaotic, which caused Michael to lose one position during the first lap and settled into 14th position. The field ran nose to tail, but Michael was able to move up to 13th position during the race, and finished the race in 13th position.

“There was some hard racing on the track, and I had a good car underneath me,” said Michael. “I was looking to capitalize on my great starts, but just faced a bit of bad luck at the end. My goal is to carry the speed we had in my Mücke car at Zandvoort on to Vallelunga and Hockenheim. I have many laps at Valellelunga, and I look forward to making a strong effort there in two weeks.”