Michael Lewis poses in his new ride for 2018: a Hyundai i30 N TCR class sedan.

Bryan Herta Autosport, a two-time Indy 500-winning organization, will fine-tune two versions of Hyundai’s i30 N TCR racecars currently available to customers in Europe and develop all aspects of the race team, from vehicles and technicians to drivers, coaching and team management.

Veteran Pirelli World Challenge drivers Mark Wilkins of Toronto, Ont., Canada, and Michael Lewis of Laguna Beach, Calif., will drive the new Bryan Herta Autosport Hyundai i30 N TCR machines in the 12-race PWC TCR division in 2018. Wilkins, 34, is a multi-time Pirelli World Challenge winner in the GT and GTS categories in addition in other major sports car events, while Lewis, 27, has won four races in GT Sprint and SprintX competition in the PWC series.

Bryan Herta Autosport, founded in 2009, has grown from a single-car Indy Lights team into a world-renowned motorsports franchise. In 2011, the team captured the 100th anniversary of the “Greatest Spectacle in Racing” with driver Dan Wheldon. In 2016. BHA, partnering with Andretti Autosport, returned to the coveted victory lane at the Indianapolis Motor Speedway in capturing the 100th running of the Indy 500 with driver Alexander Rossi. In addition, Bryan Herta Rallysport made its debut in the exciting Red Bull Global Rallycross Championship in 2015. 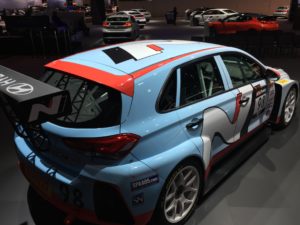 “Hyundai is thrilled about the prospects for our new N branded racing team competing in the Touring Car Racing class of Pirelli World Challenge,” said Dean Evans, chief marketing officer, Hyundai Motor America. “Our new partnership with world-renowned Bryan Herta Autosport and their phenomenal drivers coupled with the proven capabilities of our Hyundai i30 N racers puts us in a great position for success in the 2018 TCR season.”

“We couldn’t be more excited about our new relationship with Hyundai N in this highly competitive manufacturer-based Pirelli World Challenge TCR class,” said Bryan Herta, president and CEO, Bryan Herta Autosport. “Having witnessed the untapped potential of i30 N TCR race platform for this series, we’re more than confident we can leverage the strength of Hyundai’s racing and performance groups to great success in the 2018 season.”

The TCR Series, originated in 2015, was marketed as a cost-effective spin-off of the World Touring Car Championship (WTCC), targeted at C-segment hatchbacks production-based touring cars. The title TCR follows the naming convention now used by the FIA to classify the cars that compete in touring car racing.

The Pirelli World Challenge Touring Car divisions will compete in six doubleheader weekends (12 rounds total) beginning March 23-25, at the state-of-the-art Circuit of The Americas (CoTA) followed by VIRginia International Raceway on April 27-29, Lime Rock Park on May 25-28, Portland International Raceway on July 13-15, then a visit to Utah Motorsports Campus on August 10-12, and concluding the season at Watkins Glen International on Aug. 31-Sept. 2. Each TCR race will be 40 minutes in length and one rolling start and one standing stand each weekend.

About Pirelli World Challenge (PWC)
The Pirelli World Challenge is a North American auto racing series launched in 1990 by the Sports Car Club of America. It has been managed by WC Vision since 2008, and sanctioned by the United States Auto Club since 2017. The series consists of seven driver classifications and several classes of vehicles, including: Grand Touring, GT Cup, GTS, TCR, TC and TCA. The series frequently races alongside the IndyCar Series on race event weekends. Each Pirelli World Challenge Touring TCR season consists of six event weekends with doubleheader races for a total of 12 rounds. Each weekend has one standing start as well as one rounding start. Each TCR race has a maximum 40-minute time limit.

Pirelli World Challenge: Touring Car Classes
The allowed body styles in this class are coupes, hatchbacks, wagons and sedans. Power output is in the 300+ horsepower range. Vehicle weight varies depending on the power output of the individual drivetrain configurations. Front-wheel, rear-wheel, and all-wheel drive configurations are permitted. Forced induction may be allowed on cars that have forced induction systems available from the manufacturer which do not void the factory warranties. 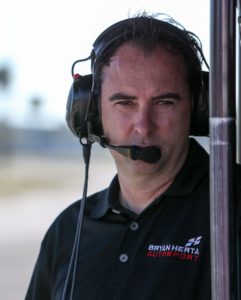 About Bryan Herta Autosport
Co-Founded by Bryan Herta in 2009, Bryan Herta Autosport has grown from a single-car Indy Lights team into a world-renowned auto-racing franchise. The team made its first foray into IndyCar action in 2010 with an entry in the Indianapolis 500 while continuing to run a full-time multi-car Indy Lights program. The 2011 Indianapolis 500 was the final race of the Centennial Era, a celebration of 100 years of racing at the Indianapolis Motor Speedway. Also known as “The Most Important Race in History,” the 100th anniversary of the inaugural 1911 race was the second IndyCar race in which Herta Racing competed.

Hyundai Motor America
Hyundai Motor America is focused on delivering an outstanding customer experience grounded in design leadership, engineering excellence and exceptional value in every vehicle we sell. Hyundai’s technology-rich product lineup of cars, SUVs and alternative-powered electric and fuel cell vehicles is backed by Hyundai Assurance—our promise to deliver peace of mind to our customers. Hyundai vehicles are sold and serviced through more than 830 dealerships nationwide, with the majority sold in the U.S. built at U.S. manufacturing facilities, including Hyundai Motor Manufacturing Alabama. Hyundai Motor America is headquartered in Fountain Valley, California, and is a subsidiary of Hyundai Motor Company of Korea. Please visit our media website at www.HyundaiNews.com 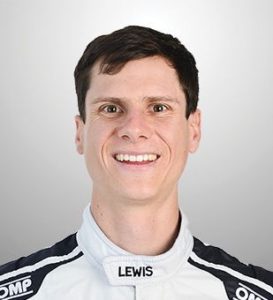 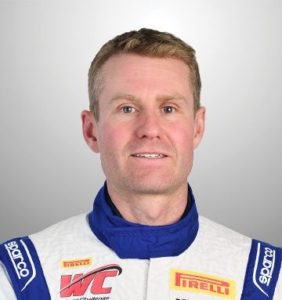