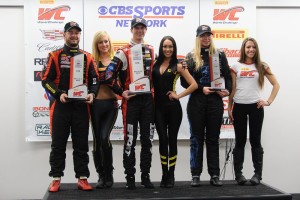 Michael Lewis seeks another podium appearance in the Pirelli World Challenge as he heads into Races 3 and 4 on March 28 and 29, at the St. Petersburg street circuit.

Laguna Beach, California — After a stellar start to the Pirelli World Challenge (PWC) season just over two weeks ago in Austin, Texas, Michael Lewis and the EFFORT Racing team will work to continue their momentum as they compete on the streets of St. Petersburg, Florida, this weekend. Michael will drive the No. 41 EFFORT Racing/Curb-Agajanian Porsche 911 GT3 R in Race #3 and Race #4 on the 14-turn, 1.8-mile temporary street course, which will run in conjunction with the opening round of the Verizon IndyCar Series.

“St. Petersburg will be a fun and challenging event, as it is the first street course circuit for the year,” explained Michael Lewis. “With the track being laid out within normal city streets, there will be more surface changes and bumps than would normally be found on a permanent circuit. My teammate, Ryan Dalziel, has competed well at this track in the past, so it will be good to see his lines during the two practice sessions. In general, it will be fun to go racing again in the our fast Porsche GT3 R!” 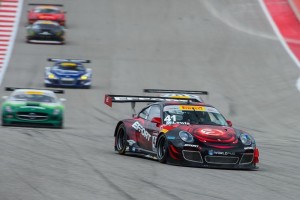 Leading the field of GTA cars at Circuit of The Americas, Michael Lewis and the EFFORT Racing/Curb Agajanian Porsche 911 GT3 R set their sights on Florida this weekend.

So far, the Pirelli World Challenge segment of the Grand Prix of St. Petersburg accounts for a total of 43 race cars on the track at the same time in GT, GTA and GT Cup categories. Michael competes in the GTA class, which has 18 cars entered.

After his two GTA class wins during the last event at the Circuit of The Americas, Michael has a 36-point championship lead over the driver in second place. 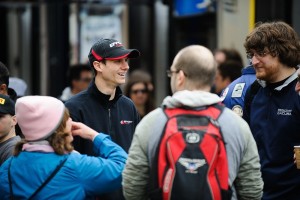 Michael Lewis is seen here catching up with fans. Those who will be in attendance at the Grand Prix of St. Petersburg can meet Michael on Saturday during the autograph session.

For those attending the event, be sure to visit the PWC paddock on Saturday, March 28, from 1 p.m. ET to 2 p.m. ET for the driver autograph session, featuring Michael and his EFFORT Racing teammate Ryan Dalziel. The races will be broadcast live on the Internet at www.world-challengetv.com.

A television broadcast of Race #3 and Race #4 is scheduled to air on the CBS Sports Network on April 5, starting at 5 p.m. ET. 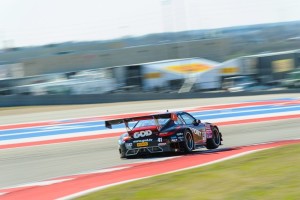 Michael Lewis is seen here attacking a corner at Circuit of The Americas in Austin, Texas, where he won Races 1 and 2 of the GTA division of the Pirelli World Challenge.