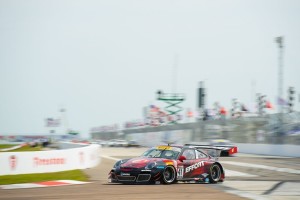 Michael Lewis will compete in his second street circuit of the 2015 Pirelli World Challenge season as he and the EFFORT Racing team visit the Toyota Grand Prix of Long Beach, April 17-19, 2015.

Laguna Beach, California — After growing up watching the Toyota Grand Prix of Long Beach for most of his life, Michael Lewis, now 24 years of age, will fulfill a Southern California racer’s dream and compete on the streets of Long Beach this weekend.

“It is going to be fun to represent both EFFORT Racing and my local race fans here in Long Beach, which is very close to the town of Laguna Beach, where I was born and raised,” explained Michael Lewis. “We look to improve on our results and keep our Porsche 911 GT3 R up front!” 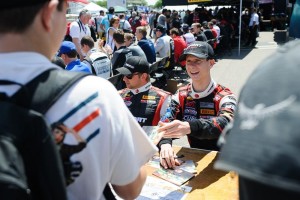 Growing up in Southern California, Michael Lewis hopes for extensive support from friends and family who are attending the Toyota Grand Prix of Long Beach this weekend. Fans in attendance can visit Michael on Saturday, April 18, for the Pirelli World Challenge autograph session from 11:00-11:45 a.m.

This weekend’s event schedule will be:

For those planning to attend the race, type in the following information in a GPS for directions:
The Long Beach Convention & Entertainment Center, 300 East Ocean Boulevard, Long Beach, CA 90802. 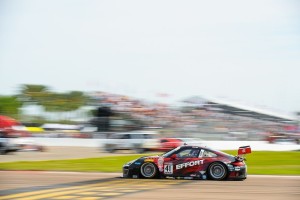 Michael Lewis’ rookie season in the Pirelli World Challenge is off to a momentous start as he leads the GTA class in the series after four rounds as a result of three wins and one second-place finish.