Buffalo Grove, Illinois (January 20, 2016) – The preparations for the 2016 Pirelli World Challenge race season are underway at EFFORT Racing as the team awaits the delivery of its new cars. The Porsche team finished 2015 victorious, with three GT class wins, four GTA class wins, and 17 podiums, becoming the GT Team Champions. Although the first race of the 2016 season at Circuit of The Americas sits less than two months away, the championship winning team is riding the momentum of the previous season to prepare for another victorious year. 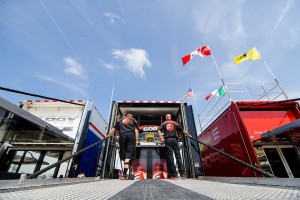 As previously announced, the team will return with a two-car effort, upgrading to the new 991 spec Porsche 911 GT3 R. The team will take delivery of the cars in February and will have one month to prepare them to be race ready for the opening event at Circuit of The Americas in early March. As with previous years, the new car will also have to comply with the Balance of Performance regulations, the official method of assigning each vehicle’s technical specifications to keep each participant’s competitiveness within a certain window.

“The Balance of Performance will play a major role in the championship again this year,” said Technical Director Stefan Pfeiffer. “This car is definitely an improvement to the 997. It is also new, which means we will have to learn how we can get our hands around it. The team will have to get the car prepared as well in a limited time frame. It looks like we will be tight with that, but it will be ready to race.”

Returning to the team is California native Michael Lewis, the highest finishing rookie in the 2015 season. Lewis started the season as a GT Amateur driver as part of the North American Young Driver Development program with Porsche Motorsport North America. After an impressive domination of the GTA class in the opening races, Lewis was moved to the main competition GT class, where he will again compete in for 2016 in the No. 41 Porsche 911 GT3 R.

“Michael will have to develop in the same speed and direction he did in 2015,” said Pfeiffer. “We want to see him on the podium again, and this year in GT not GTA.” 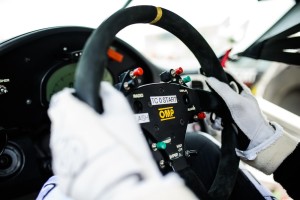 To the excitement of Porsche enthusiasts everywhere, joining the team to take over the No. 31 Porsche 911 GT3 R will be Porsche Factory driver Patrick Long. Long last raced in Pirelli World Challenge in 2011, where he won the championship in a Porsche 911 GT3, making him the last person to win the title before Johnny O’Connell’s four-year championship winning streak. The Californian racer will be reunited with Stefan Pfeiffer, whom he has worked with previously.

“Besides being a friend, Patrick is a great guy and racer to have on board,” said Pfeiffer. “He has collected so much experience that he is high value to the team on and off the track.”

Long, the only North American employed as a Porsche Factory Driver, indeed holds an impressive resume in sports car racing. In addition to being an ALMS GT driver’s champion, he holds a class win at the 24 Hours of Le Mans, as well as wins at some of North America’s top endurance races including the Rolex 24 at Daytona, the 12 Hours of Sebring and Petit Le Mans.

The season will consist of 20 Rounds in 11 events throughout North America, in conjunction with the Verizon IndyCar Series, NASCAR Canadian Tire Series and the IMSA WeatherTech SportsCar Championship. For more information, visit www.world-challenge.com. 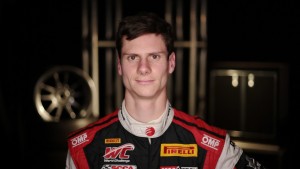 Michael Lewis // No. 41 Porsche 911 GT3 R
Being invited back to compete for the overall GT class championship with EFFORT Racing is really a dream come true. It will be my second season with the same team, and with the addition of Patrick Long as a teammate, I am honored to help bring podiums and race wins to EFFORT Racing and to Porsche. They have both been instrumental in the development of my career, and I look forward to continuing to get stronger as a driver on-and-off the race track with the help of everyone involved. Experience is key, and our engineer Stefan, my teammate Patrick, and everyone on the team can provide that as a part of my ‘Porsche Motorsport North America Young Driver’ status. The consistency, the experience, and the addition of a new Porsche 991 spec GT3R in our team is going to be very cool. It will be some work to dial in the new car, but I have faith in our EFFORT Racing team to get the cars fast for Patrick and I to do our thing. Looking forward to a great year! 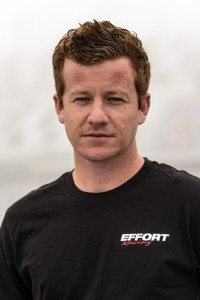 Patrick Long // No. 31 Porsche 911 GT3 R
I’m excited to see how the series has evolved since 2011. The spirit of sprint racing, the venues and the calendar draw a lot of parallels, but the cars and drivers have changed. The biggest challenges will be the level of competition and integrating into a new team quickly. I’ve worked with Stefan on three other teams, and a lot of Stefan’s principles and ways of working are very well suited for me as a driver. He runs the program as an engineer, but he’s also a leader. As a high-spirit, high-action individual, it’s calming to know you have someone who can look at a situation and can work methodically and objectively towards the goals. It breeds confidence and allows you as a driver to focus on your job and nothing else. He also makes sure you have fun with it, which is important. As for Michael, I grew up idolizing his family’s race team, even before he was born. He has a very passionate mindset and he has a personality that is infectious. He’s going to keep me on my toes, make me get their earlier and stay later, because he’s that type of guy. It’s great to see him grow from the early days of karting and then at the Porsche Young Driver assessment in 2013. He was so impressive last year. For him to be thrown in the middle of that level of competition, he raced with the consistency and maturity that you see from a sophomore sports car racer. It’ll be great to work alongside him. 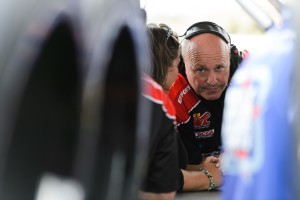 About EFFORT Racing
Pirelli World Challenge team EFFORT Racing was founded in 2012 with a simple goal: to be Champions, both on and off the racetrack. In doing so, EFFORT seeks not only to win races, but to spread an uplifting and encouraging message of hope. The team strives to infuse God’s integrity and standards into the passionate and exciting world of racing. At EFFORT Racing, every member of our team comes to win. From our drivers, to our crew, to the folks behind the scenes, the EFFORT Racing family knows that every member of our team is crucial to a winning racing organization.